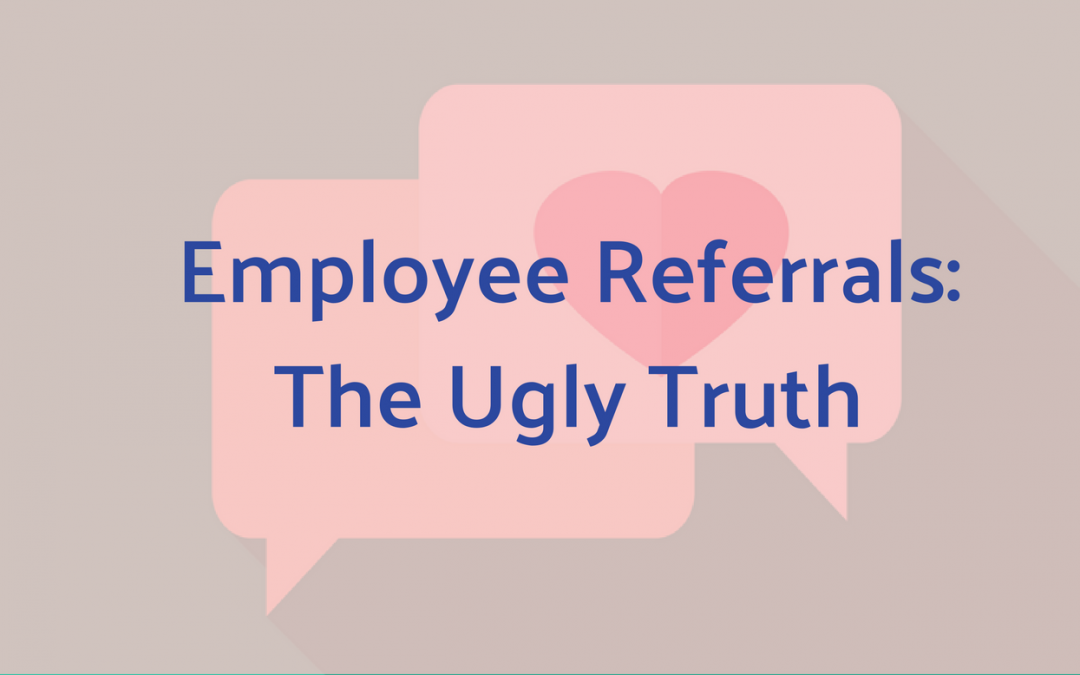 Other than marginal gains from insider knowledge and interview readiness, there is little to suggest that anything other than bias would correlate to 3x or 4x interview success rate.

Why are employee referrals more likely to be hired?

Referred candidates have an unfair advantage, and it’s called empathy.

And according to Paul Bloom, a Professor of Psychology at Yale, empathy leads us to bad decisions. Bloom says empathy speaks to our unconscious biases, which should have no role in guiding moral decisions. Referred candidates have a shared connection – usually a co-worker or a mutual friend. Because of this, we subsequently empathise more with them, we build more rapport.  Referred candidates, therefore, have an irrational and unfair advantage over other applicants.

‘Racist biases show up tremendously in who we feel empathy for.‘
Paul Bloom

“Assessors purposefully used their own experiences as models of merit,”
Lauren Rivera

It’s not only hiring that suffers from the irrationality of empathy. Companies who use employee referral programs report average retention rates of 46%, compared to the 33% of people hired through career sites and 22% hired through job boards. This data leads us to the false assumption that referred candidates are also better quality hires. Not necessarily. Referred employees are more likely to stay because of their unwillingness to disappoint their internal sponsor. It also follows that the company would be less likely to fire someone because of the empathy they have with the referrer; firing one will upset the other.

Why do employee referrals stay longer?

In my experience, the conventional wisdom to “hire slow, fire fast” seems to go out of the window when it comes to employee referrals. They often get fast-tracked, prioritised and offered positions without as much due diligence or consideration for team fit. Empathy is doubly bad for companies; on the one hand, it makes it easier to hire someone who won’t fit, on the other, it makes it more difficult to fire them.

Hiring with compassion, not empathy

I’m not saying employee referrals are bad. An employee’s willingness to refer their friends is often an indicator that you have a good culture. It’s just that referred candidates are at an unfair advantage to non-referred candidates. Their odds of getting the job are increased, irrationally so.

A great recruiting plan is diverse. It doesn’t rely just on referrals. It builds bridges with talent communities and considers all talent to be equal. Instead of hiring with empathy and falling foul to irrational behaviour, I encourage you to embrace hiring with compassion instead.

“We are much better off if we give up on empathy and become rational deliberators motivating by compassion and care for others.”
Paul Bloom

At the heart, this was the basis from which we decided to build ThriveMap. Using assessments that objectively measure someone’s capability, commitment and culture fit means people get hired because of their abilities, not their background, connections or prior experience.  ​These insights are independent of age, race, gender and most importantly empathy. Objectively measuring candidate suitability in this way allows us to make hiring decisions that may contradict our natural empathy.