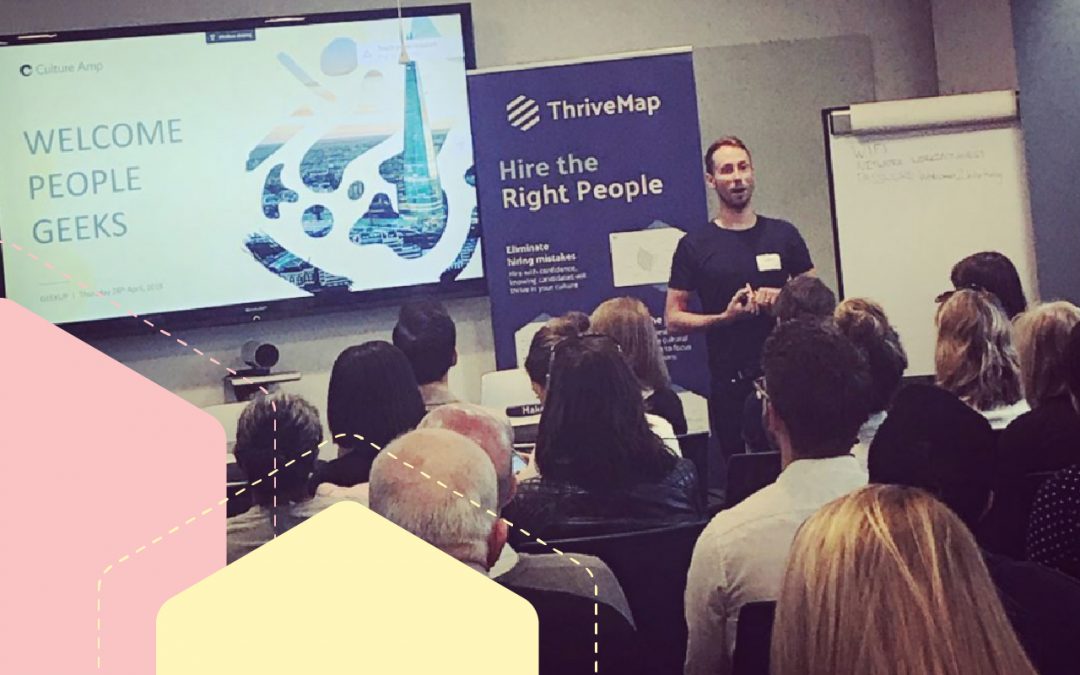 A lovely bunch of culture-driven “People Geeks” assembled in Workday’s London office to discuss how thriving companies can bring culture to the forefront of their hiring and recruitment processes.

Intro talks from Melissa from Culture Amp and Chris from ThriveMap warmed us up for the main event: a panel discussion moderated by the wonderful Melissa Paris from Culture Amp. We heard from Andrea Marston from Workday, Laura Pettitt from News UK, our very own Mark Hla from ThriveMap and Maria Campbell from Snyk.

Here’s what was shared, we hope you find it valuable.

Chris from ThriveMap got us started by highlighting some of the key reasons that brought us all together.

“Changing culture is really hard, so it’s much easier to get the right people on board in the first place.”

Melissa’s talk was all about what Culture Amp mean when they say that companies should put culture first.

Melissa shared with us the thoughts of one of their customers Dawn Sharifan, Head of People at Slack that it was their culture that enabled them to make the decision to pivot from a failed gaming company to the fastest growing b2b SaaS company ever. Pretty neat!

Putting culture first isn’t easy, but she shared with us how Culture Amp is helping companies by making it easy to collect, understand and act on employee feedback.

She then shared how Culture Amp put culture first by really living their values, explaining that when a company gets boiled down all you have left is its values. Amongst other things they use their values to guide their decisions of who to hire and how to reward their employees.

Their (rather awesome) values are:

– Have the courage to be vulnerable

Melissa shared the process of how Culture Amp discovered their own values and shared a number of testimonials from other culture first organisations including Slack, Warby Parker and Airbnb.

The words ‘culture fit’ are often used but rarely challenged.

Co-founder Chris kicked off his talk by challenging the audience to think of their definition of “culture fit” before sharing ThriveMap’s definition.

He started by defining “fit” as being either supplementary or complementary to what’s actually required and that companies should consider if they want to hire towards the existing culture with more of the same or deliberately hire something different in order to change culture.

– Supplementary fit: the idea that something brings matching characteristics to an environment by bringing more of the same.

– Complementary fit: the idea that something brings different characteristics that enhance the environment.

This definition challenged the common misconception that to hire for culture fit is to simply hire the same people.

He then tackled defining culture… this was a biggie… Explaining that the defining characteristic of culture is what people actually do and challenging the audience to think of groups within their organisations that do things differently.

He asserted that organisations have many cultures and that culture should be separated out from values in order for “culture fit” to be measured successfully. ​

He explained the benefits of measuring culture fit across the whole talent lifecycle including:

1. Hiring people who complement or supplement the culture

2. Helping a manager to identify how their team members like to work and tailor how the manage based on individual preferences

3. Identifying talent that might be struggling to fit in and presenting them with opportunities in different teams where the culture ‘fits’ better 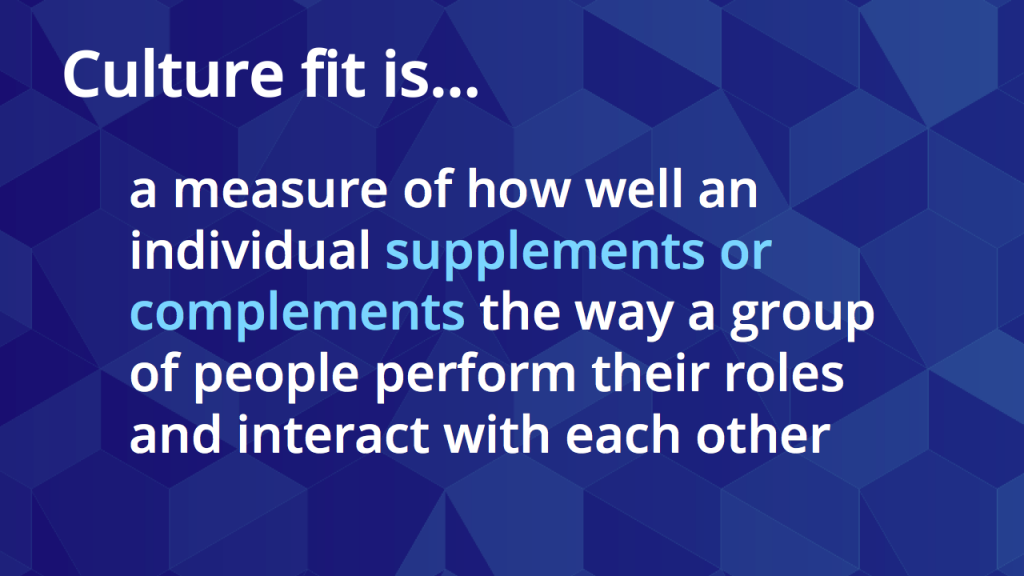 Importantly, this definition of culture fit helps us to avoid hiring people with similar personalities and tackles unconscious bias towards favouring people of similar demographics and backgrounds.

“How people work is not a measure of ideas. A diversity of ideas comes from a diversity of backgrounds and experiences and these come from objective hiring practices such as measuring culture fit.” 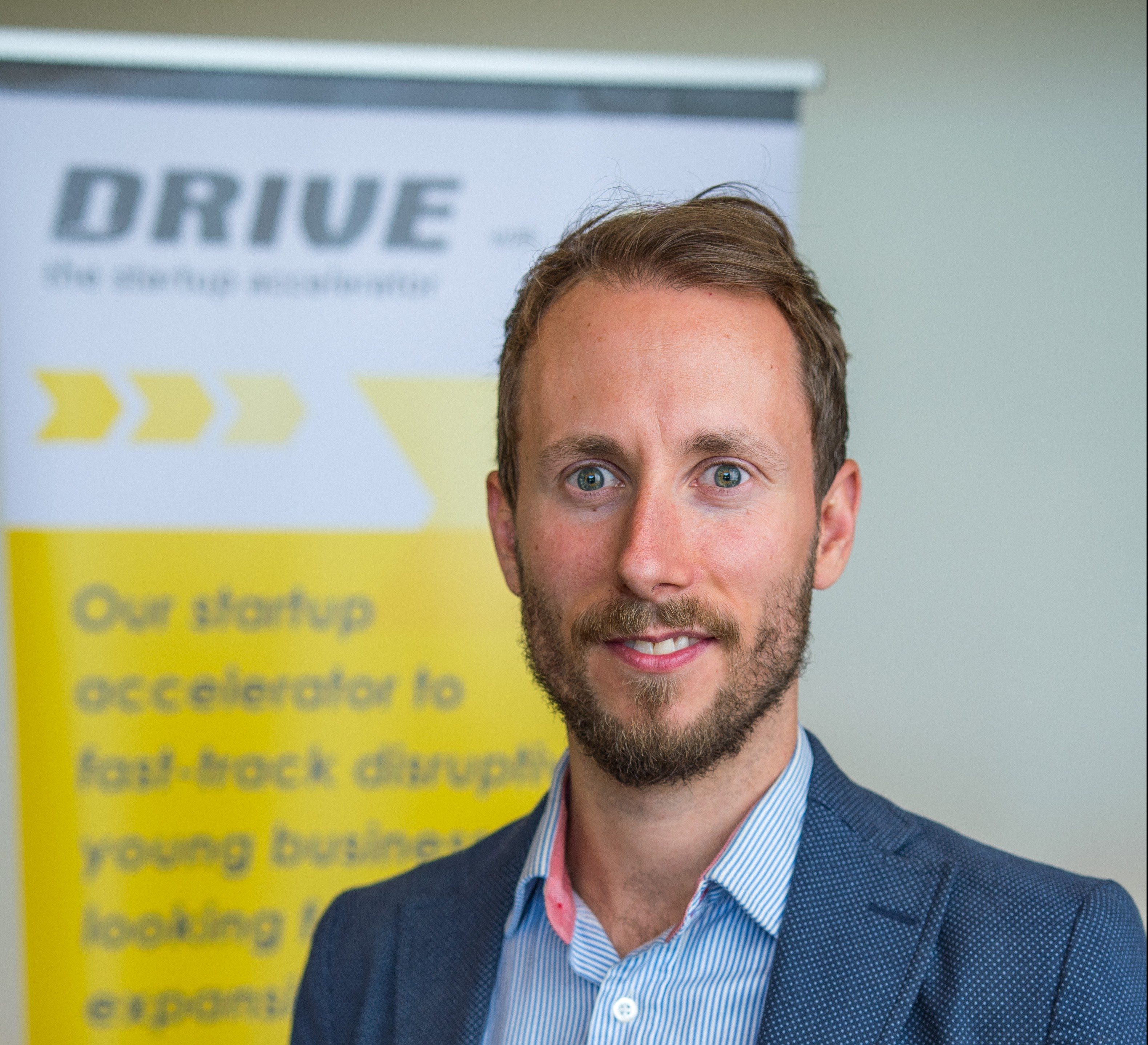 After Chris and Melissa had discussed the value in both defining culture fit and putting culture first, it was time for the panel to take the stage and discuss their opinions on ‘culture conscious hiring’.

A plurality of views were shared on a range of topics.

The first topic of discussion was about whether to hire for a desired culture or the culture that you currently have. Specifically about hiring people who are similar to the current team, or people who would bring something new to the team.

“Every person you add to a team will bring something new.” 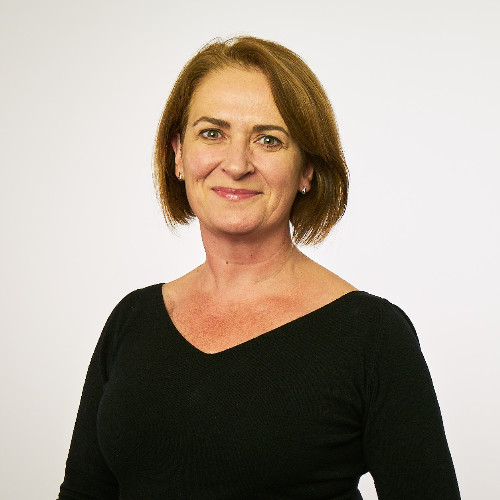 Every team is missing something, and each hire should be an attempt to bridge this gap. All new employees should bring a new perspective to solving the problems.

However, without seriously considering the impact that each new hire will have on the team, there is a risk of creating a disharmonious environment, which makes it difficult for any of the individuals to thrive.

When companies grow, the requirements, and the roles themselves change. For example, a one person customer support team works in a very different way to and individual being one of a team of 15-20. This is exactly what Maria Campbell experienced at her previous company Monzo.

Panelists agreed that it was important to keep a dynamic measure of culture, knowing that teams, and companies are constantly evolving.

Why You Should Hire for “Culture Add” Not Culture Fit – Beamery

Next up, came the topic of diversity and inclusion, and specifically how it relates to culture fit. There was a lot of discussion regarding the topic of hiring for culture fit being used as a mask for discrimination, and a licence to hire people who share similar backgrounds with the interviewers themselves.

The best teams are full of different personalities, from a diverse range of backgrounds and come with unique experiences, but it’s also important to make sure that everyone is pushing in the same direction. It is often easy to confuse like-ability with compatibility, especially when it comes to hiring. This is where objective hiring practices such as removing names from CVs or having a clearly defined measure of culture fit across the organisation can help. But it’s also important to have an accepting culture in the first place, Andrea from Workday reiterated the importance of creating an inclusive culture before focusing on improving diversity. 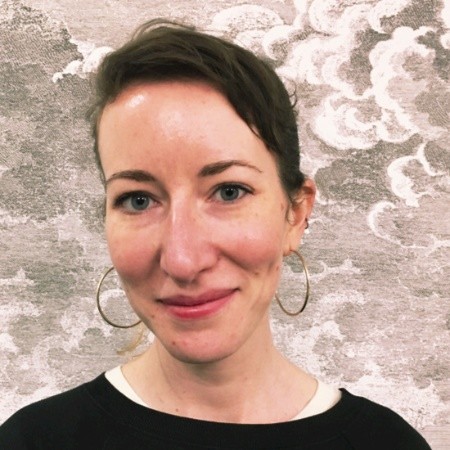 Hiring people from similar backgrounds can lead to a lack of cognitive diversity. Maria Campbell shared a hiring dilemma while recruiting for a tech role: she was interviewing a white, male developer in his mid 20s, who had worked in the same company as 4 of the 10 people in the team he would be joining, who were also white, male and in their mid 20s. The candidate was technically excellent, but they knew they would be adding to their ‘diversity debt’ by hiring him. In that situation, they had to think about what the team needed and whether the candidate would have brought unique perspectives to the team or more of the same.

“Greater diversity can be achieved through re-training employees, return-ships and apprenticeships over ‘quotas'” 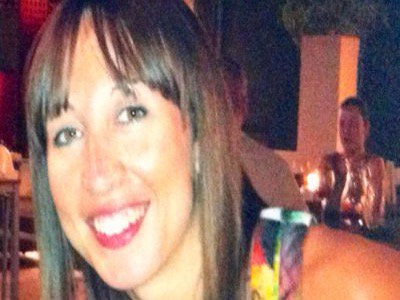 If you are making redundancies, while hiring in another section of your business, it’s worth exploring options to retrain existing employees into other teams and roles before looking elsewhere.

Culture Fit and Diversity – Can They Work Together? – Culture Amp

How to keep ‘culture fit’ from killing workplace diversity – CIO

AI is changing the way that each industry works, and HR is certainly no different. However, one of the biggest problems that AI has in recruitment is that human resources have always been exactly that, human. The panel agreed that AI gets out of it what it gets fed in, and taking the human element out of human resources isn’t something that we are ready for, not yet at least.

“I believe AI will become expected to be able to provide a decision audit. In fact, GDPR includes rights surrounding automated decision making, and it makes sense right? “Computer says no” shouldn’t be enough of an explanation in a professional work environment” 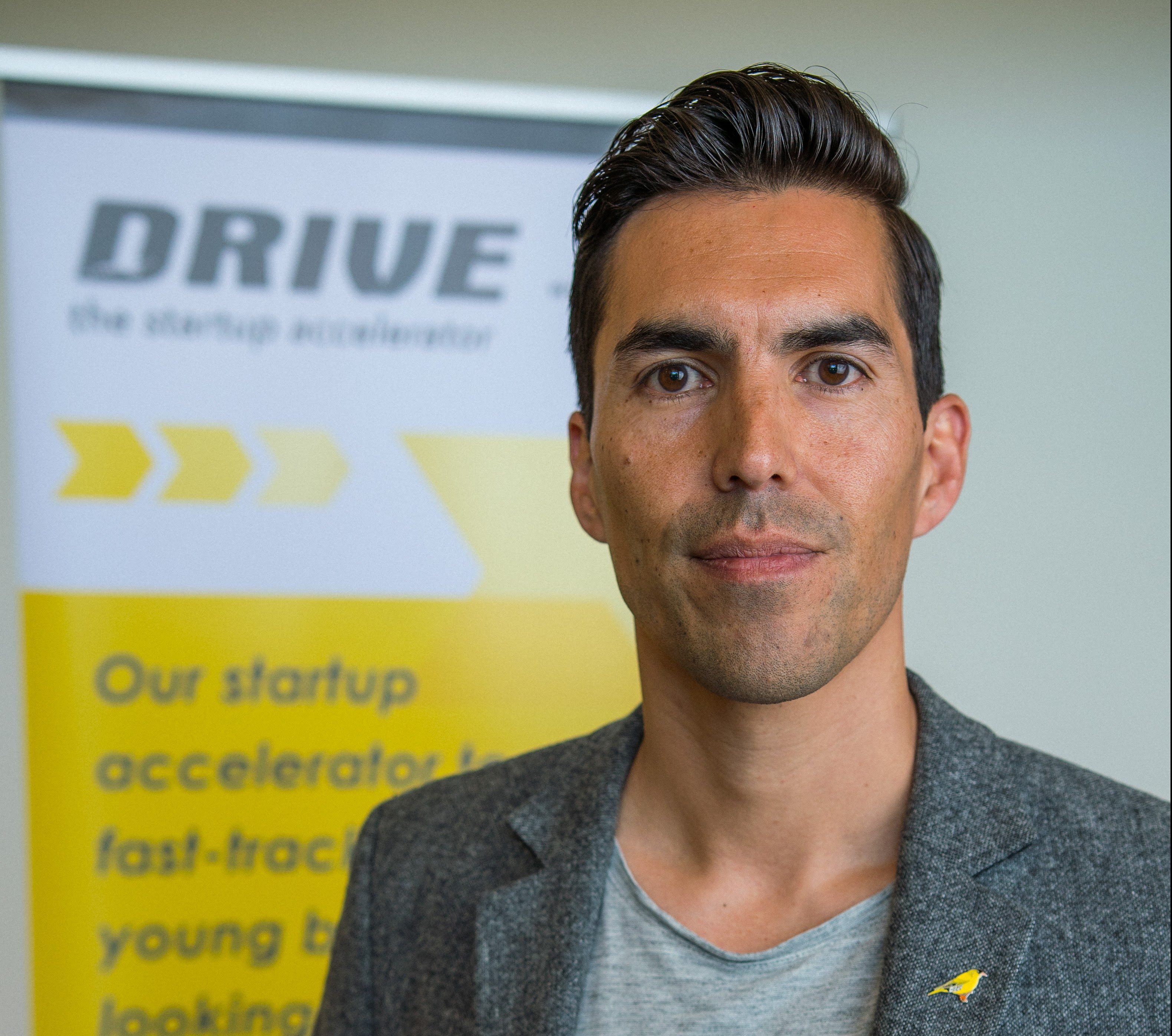 AI can only produce results based on the information it is fed, and by allowing it to be a decision maker, there is a chance that it can only perpetuate any existing biases that have existed in the past.

Mark Hla at ThriveMap shared his view that evaluating what’s happened, rather than making automated decisions, is a safer use of the technology.

However, one of the things the panel agreed with was that AI is good at is processing data and picking out trends and patterns. Using this use case of AI, it allows HR to raise red flags when there is a systematic problem in situations such as bias when screening CVs or recruiting people.

Bias is one of the biggest problems with trying to objectively assess culture fit in the first place. Humans are, by their nature, subjective. Andrea recommended using tools such as Textio and Gender Decoder to check job descriptions appeal to all demographics and implementing unconscious bias training to combat bias in the hiring process.

Objective hiring practices, such as asking all candidates the same questions and using consistent scoring criteria is a simple but powerful way of reducing interview bias. It is important to state specific measures for what you are looking for in a candidate ahead of hiring, otherwise it’s too easy for a decision to be swayed by unconscious bias.

Of course, no one wants to be accused of bias so by ensuring that all hiring managers undergo unconscious bias training, you remove the uncomfortable situation of informing anyone that they are.

The panel debated taking positive action to balance the books where roles or industries were under-represented e.g. women in tech. However asking recruiters to provide any quota of candidates for a role, such as having “at least 2 female candidates for this role” would often result in shortlisting under-qualified candidates, and wasting people’s time.

Mark summed up the problem as a wrestle between  fairness and equality. The question is whether positive discrimination is “fair inequality”.

“Should a women from a wealthy family be given priority over a man from a poor family? We’d somehow need to compare the disadvantage suffered by each to know if this was “fair inequality””

The debate around who is a “good culture fit” and who is not is almost always subjective; it’s in the eye of the beholder. A clear definition will transform our ability to measure it objectively and the more objective we are over who we hire the more diverse our working cultures will become.

All in all it was a fascinating morning, the connections made and the ideas sparked will hopefully lead to action towards more culture conscious hiring decisions.

We just wanted to say a huge thank you to all of those who made it out, and and even huger thank you to the speakers: Melissa, Andrea, Laura, Maria and our very own Chris and Mark.

If you didn’t get a chance to make it to the event, you can understand more about how we define culture fit here, or sign up to the People Geekly here; a weekly newsletter for the People Geek community.