Hiring Discrimination: 6 Tips to Reduce It 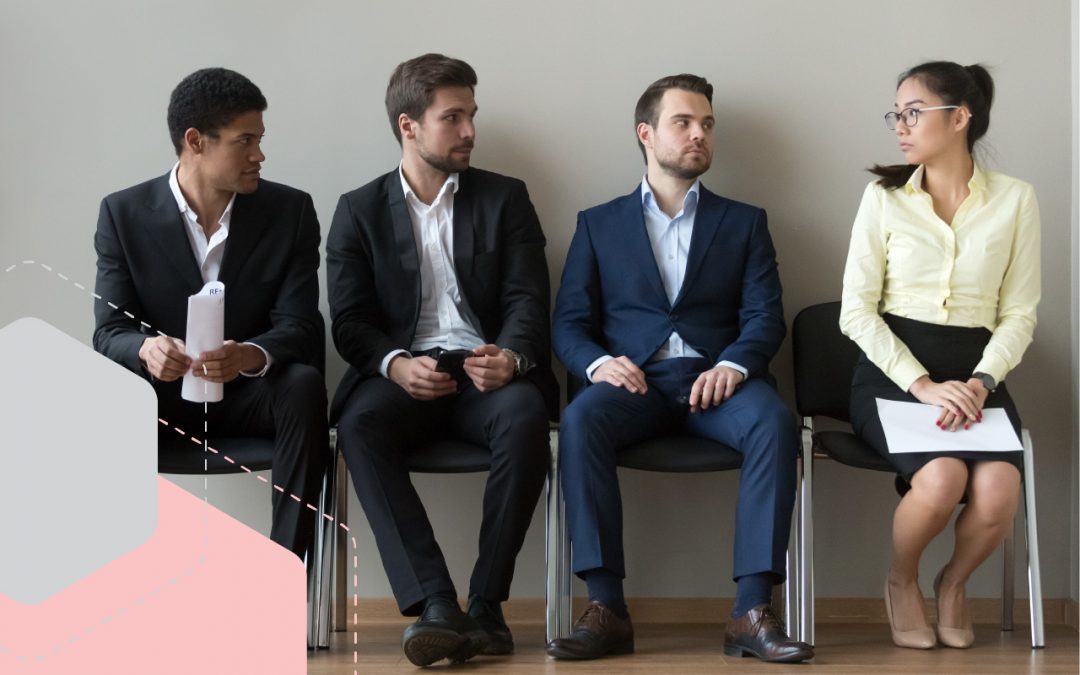 Unfortunately hiring discrimination is on the rise. A recent study on employee charge trends found that 12% of U.S. businesses have had an employment charge filed against them. In this article, we’ll discuss 6 tips to reduce hiring discrimination, explain why it’s important and why fairer hiring leads to increased employee diversity.

What is hiring discrimination?

Hiring discrimination happens when a job applicant is treated unfavourably because of their race, skin colour, national origin, gender, disability, religion, or age. It is illegal to discriminate based on any protected characteristic when making decisions related to employing people.

It can affect all parts of the recruitment funnel, from suggesting preferred candidates in a job advertisement to excluding applicants during candidate selection.

Why hiring discrimination is on the rise

While an 11.7% chance of having a lawsuit filed against a company may not seem like a big risk, some states such as New Mexico (66%) and California (40%) face a high chance of being sued for hiring discrimination.

Discrimination against employees is seen in many different forms including:

All of these different factors contributing to employee discrimination make it extremely easy for lawsuits to be filed against businesses, which is why all corporations should take precautions to avoid any bias in their recruitment and selection process. In order to reduce discrimination in the workplace, it is vital for employers to prevent any unfair advantages/disadvantages in the beginning stages of building a company — the hiring process.

Here are 6 tips to avoid discrimination when hiring

1. Use a script for ‘structured’ interviews

While this first tip may seem like a no-brainer, it is extremely important to stick to a consistent script while interviewing, to ensure that each candidate is judged fairly.

Having a consistent set of technical questions for each individual function within the business will ensure that each candidate is properly being assessed based on their skills, education, and capabilities compared to the other competing candidates.

A script also leaves less room for interviewers to bring in their own personal comments and questions that may lead to interviewing the candidate in a way that makes them feel uncomfortable.

It’s important to avoid asking questions that a candidate may regard to be personal, sensitive or inappropriate topics. These topics include ethnicity, place of birth, religion, marital status, children, gender, sexuality, disability etc.

However, if questions involving these topics do feel appropriate, in small talk, for example, it is important that they are structured in a way that does not cause the interviewee to feel offended or inappropriately judged. Whilst it’s not illegal to ask these questions, it is unfair to base a decision upon an answer to them.

There are many do’s and dont’s in asking questions regarding a candidate’s personal information which can lead to either the interviewer gaining more useful knowledge about the candidate, or having the candidate feel uncomfortable and improperly assessed.

The blind CV policy was established in 2015 to reduce any bias or discrimination that may occur during the interview process. The policy ensures candidates that employers are assessing them purely on their CVs because all of the personal information about that candidate that may lead to a discriminatory bias has been hidden.

The blind CV policy has many benefits when it comes to preventing any discrimination from the hiring process. These benefits include:

The Rooney rule was originated as a National Football League policy in 2003, which required every NFL teams to interview at least one minority candidates for head coaching and senior football operation jobs.

Prior to the Rooney rule, there were only seven head coaches of colour. Since the Rooney rule was implemented, 17 NFL teams have recruited either an African-American or Latino head coach or general manager, and three teams have more than one head coach of colour according to a report written by Mike Freeman. This progress in decreasing discrimination within the NFL would not have been so easily done without the implementation of this policy.

The Rooney rule can be applied to more than just sports leagues. If this method of recruiting candidates is enforced in all businesses, then more minorities will be given an opportunity for placement within their desired workplace.

For example, there is a lack of female software engineers within the IT sector. According to The Statistics on Women Engineering, only 9% of the engineering workforce is female, (the UK has the lowest percentage out of all of Europe with less than 10%). The percentage of women studying engineering and physics has remained static since 2012, however, the number of women entering the field has not increased.

By implementing the Rooney rule into the IT sector, this policy will ensure that for every x amount of candidates selected for interviews, y amount of them must be women. Therefore, more women will be given a chance to be interviewed, leading to a possible increase in positions filled by women within this field.

5. Have a panel of diverse interviewers

Having a panel of interviewers has its advantages when avoiding discrimination in the hiring process. One of the main advantages is that it allows for more input, therefore, one person is not the sole decider in choosing which candidate they think is best for the position.

Many of today’s companies have cultural fit interviews, where candidates are assessed on how they would fit in with the wider team. While great in theory, in practice, poorly carried out cultural fit interviews can create a clique-based environment where everyone gravitates towards homogenous groups so be careful.

6. Use an objective pre-employment assessment

In order to avoid groupthink or any other clique-driving behaviour in the hiring process, it is advisable to also capture objective data when recruiting. Using selection technologies such as using ThriveMap’s work simulation assessments to measure candidate suitability will minimise the risk of discrimination by providing objective data on a relevance that’s independent of any single assessor.

Following these tips will not only help to eliminate discrimination from your company’s hiring process, but it will also lead to more diversity, inclusivity, and a better fit for your company’s culture as well. For more information on the subject of hiring discrimination, check out our Ebook: Beyond Gut Feeling: A practical guide to fairer hiring.