Psychometric Tests: Everything You Need to Know

Psychometrics tests form an important part of most recruiters’ hiring toolkit. As an industry, it’s valued at around $1.25 billion and is growing at nearly 15% year on year. 80% of Fortune 500 companies and 75% of the FTSE 100 use psychometric tests as part of their recruitment and development processes.

In this post, we’ll cover off what exactly are psychometric tests, how to distinguish between the different types and how they help us to recruit and lead more effectively.

What actually are Psychometric Tests?

The basic principle is to use tests and objective data to determine whether someone will succeed in a role before hiring them or work well with others. They aim to identify the extent to which candidates’ personality or cognitive abilities match those required to perform the role or fit with the team.

They’re important because there is a lot at stake if hiring goes wrong. According to a recent study of 20,000 new hires across 6,000 different companies, 49% of hires fail in the first 18 months, and a failed hire can cost anywhere between 30-200% of a first-year salary. When you include the training costs and lost productivity time, the importance of getting it right is evident. 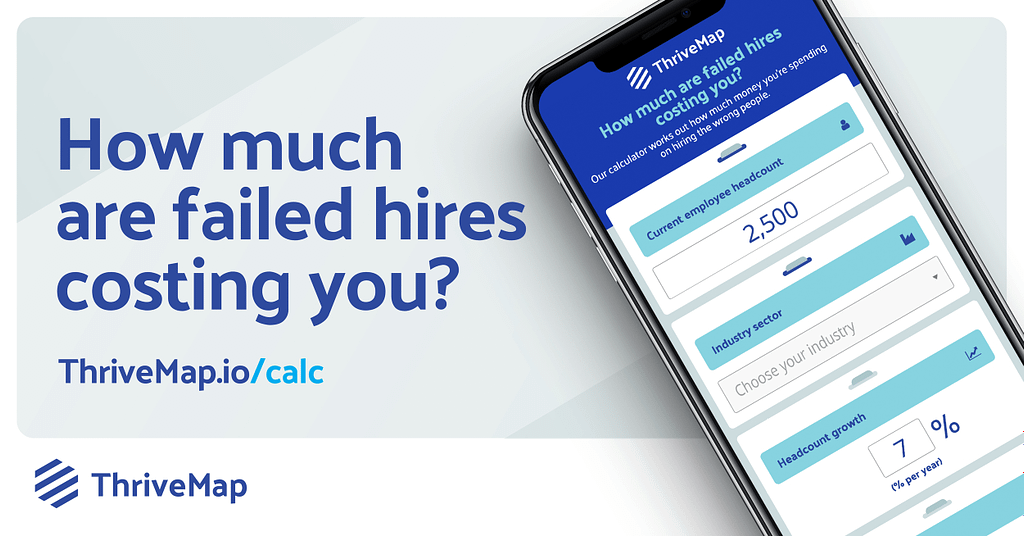 When are Psychometric Tests typically used?

Depending on the expansiveness of the tests, they can be used anywhere from filtering candidates at the initial application stage to the final interview when hiring. They can also be used on an ongoing basis as part of a company’s learning and development strategy.

What problems do Psychometric Assessments solve?

Even the most experienced recruiters aren’t perfect at judging a candidate’s suitability for a role or fit with the team. The traditional assessment methods of submitting a CV and being interviewed, or being referred into the business have a whole heap of inherent biases. These biases are more prevalent when we hire or manage people on intuition alone. Having objective data helps us make more informed and usually more accurate decisions which have a positive impact on the following problems:

How much do Psychometric tests typically cost?

Most companies have either a pay as you go pricing model or charge an annual licence to use their tools. Occasionally some providers offer a free trial. Some psychometrics require paid training and certifications to be able to use and understand their insights. They can range in price from a few pence per test to hundreds of pounds.

What types of Psychometric Assessment are there?

They fundamentally break down into two key aspects: Aptitude/Competency tests and Personality Tests.

Definition: a test designed to determine a person’s cognitive ability in a particular skill or field of knowledge.

Purpose: to indicate whether a candidate has the skills required to successfully fulfil functional job requirements.

Positives: Verbal ability tests are a good way to test how well a candidate can take in verbal information and reach logical conclusions. Since tests are timed it aims to understand someone’s ability to think on their feet and work to deadlines. This test is more important for outward-facing communication roles.

Negatives: They may discriminate against non-native language speakers and people with verbal learning difficulties such as dyslexia although under these circumstances most providers recommend giving people extra time to complete.

Definition: Often known as numeric reasoning tests, they cover basic arithmetic, number sequences and simple mathematics. They can also be in the form of speed tests to determine basic numeracy.

Positives: The skills in arithmetic can often be a sign of aptitude for other things, such as computer programming and logic-based vocations. Much like verbal reasoning, numerical ability tests can be a good way of determining how quickly a candidate can process information and how accurate their work is.

Negatives: While it is important to ensure that people are competent and not lacking the cognitive ability needed to perform well in the job, most jobs don’t require a superior level of numeracy. It can be difficult to decide to rule our candidates by poor performance on these tests as it’s almost impossible to say for certain what score is required in order to perform a specific job. By using these as selection criteria, you are potentially missing out on perfectly hireable candidates.

Definition: Abstract reasoning measures your lateral thinking skills or “fluid intelligence”. It measures your ability to quickly identify patterns, logical rules and trends in new data and apply it to solve problems.

Positives: They claim to test raw intelligence which is a good way to measure adaptability and speed to pick up a new skill. This is especially useful for less experienced hires, where the interviewer is expected to learn the skills required to do the job.

Negatives: As with all ready-made psychometric tests that have little relation to the job at hand, measuring “raw intelligence” isn’t always an accurate way to predict job competency as intelligence is usually contextual to the situation and environment someone finds themself in.

Definition: A task or simulation used to test an applicant’s ability to perform in the role. Work samples are widely known to be the best predictors of job performance. Candidates are usually either briefed ahead of the interview and given time to prepare or briefed on the day with a fixed amount of time to digest the challenge and present back.

Positives: The ability to do the job at hand is the best indicator that someone can do the job. If you are hiring someone who is expected to go straight into the job with minimal training, there is no better indicator of job success.

Negatives: When you are hiring more junior candidates, where training would be required, work sample tests don’t hold up on the same level, as those candidates don’t currently have the experience required to perform the functions of the job, but that doesn’t mean they won’t be the best candidate once trained.

Definition: A personality test is a questionnaire or other standardised instruments are designed to reveal aspects of an individual’s character or psychological makeup.

Purpose: To identify certain traits in a persona that a company sees as valuable. Many organisations are looking for people to hold attractive traits such as “leadership”, “drive” or “integrity”.

Main Types: There are many different types of personality tests available but the main ones are: Myers Briggs, Big 5 Personality Types, DISC Behavior Inventory and Occupational Interest Inventories.

History: The Myers Briggs Type Indicator test is a type of psychometric test created by mother and daughter Catherine Briggs and Isabel Myers in 1921, based on the core principles of Carl Jung’s book: “Psychological Types”.

What it measures: The MBTI test asks people a series of questions to categorise them into one of two options for the following four sections: sensation, intuition, feeling, and thinking. It uses these choices to place people into one of 16 “personality types”.

Why it’s useful for organisations: Although there’s no evidence to suggest using Myers-Briggs can predict the likelihood of a good hire, managers can get valuable information of what motivates a candidate and their behaviours and characteristics.

What it measures: Extraversion, Agreeableness, Conscientiousness, Emotional Stability, and Openness to Experience

Why it’s useful for organisations: Many people believe that you get a more complete picture of a person by using the Big 5. There is a known correlation between one of the big 5 measures; conscientiousness and predicted job performance. Read more about the differences between MBTI (Myers Briggs) and the Big 5 here.

History: The most common Occupational Interest Inventory (OII) is known as Holland Codes, which can trace its theory back to the 1959 article “A Theory of Vocational Choice,” published in the Journal of Counseling Psychology, by John Holland.

Why it’s useful for organisations: For companies who are looking to invest in their employees, and help them forge a varied career without having to leave the organisation. OII is primarily used to match people to different types of careers.

History: The initial DISC model comes from Dr William Marston, a physiological psychologist, in a book entitled Emotions of Normal People, published in 1928.

What it measures: Dominance, Influence, Steadiness, and Conscientiousness

Why it’s useful for organisations: One of DISC’s most agreeable aspects is that it is easier to understand for hiring managers than many alternatives. By being easier to comprehend, it instantly becomes more memorable and sticks with people for longer. 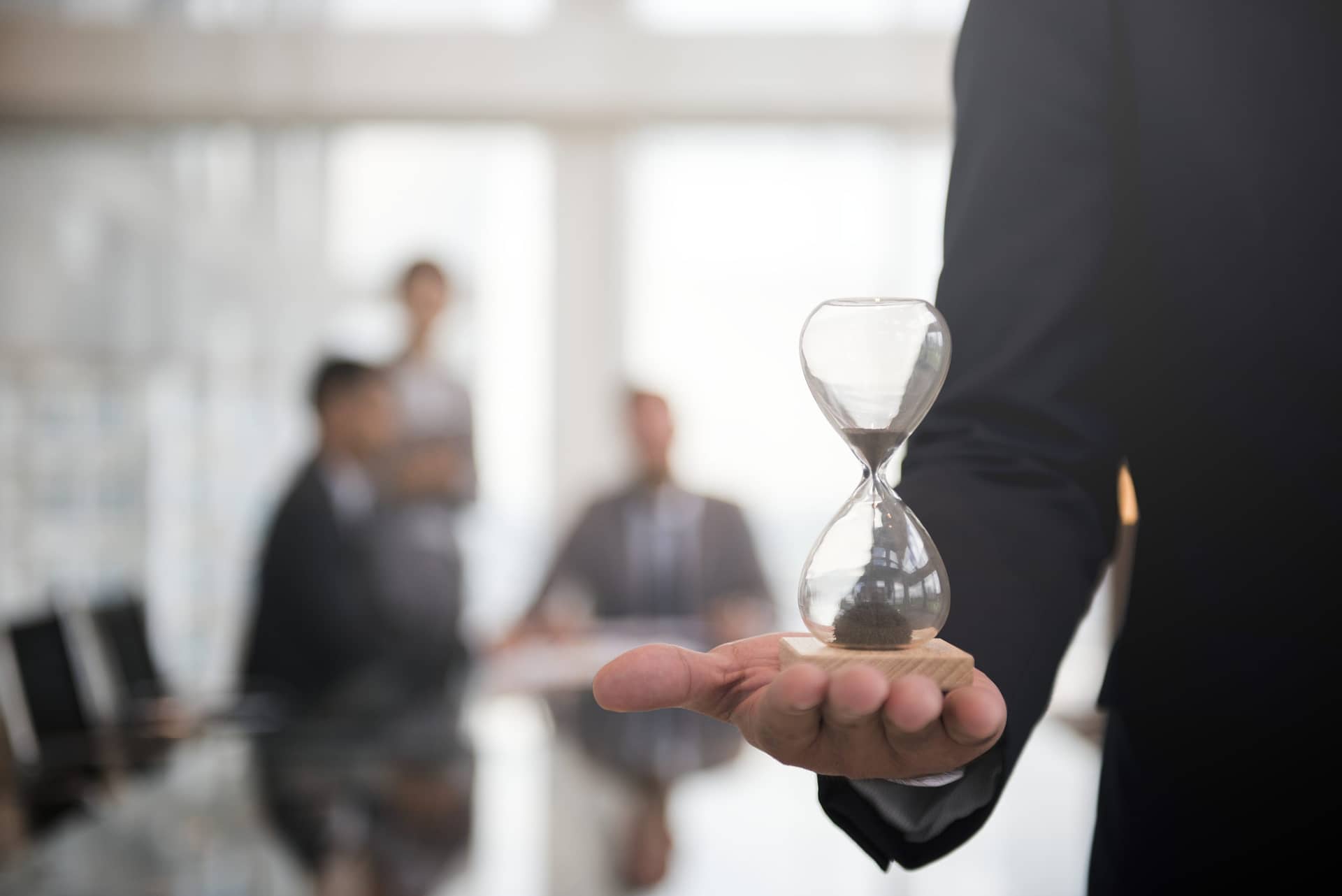 How long do you have? The ticking clock of candidate hiring

So you find a candidate interested in the role you’re hiring for through your recruitment process and a few weeks later they sign on the dotted line and everything is good in the world, right?  If only fairy tales were real!  Although it certainly used to be as simple as that right?  Does this process […]

Wouldn’t it be brilliant if we could use the exact same method, strategy, and process to recruit for every single role we had?  Think about how much time we’d save!  But how successful would we be?  Our guess? Not very…. Unfortunately, a ‘one-size-fits-all’ recruitment strategy that guarantees success for every hire doesn’t really exist.  The […]

Achieving productivity as a recruiter can be challenging, especially when there are so many demands on your time. From sourcing and screening candidates, to conducting interviews and onboarding new hires, finding ways to work smarter, not harder, can be difficult. Fortunately, a few simple tips can help you boost productivity and get the most out […]